Here are a few documentaries that provide insight into achievable climate solutions. 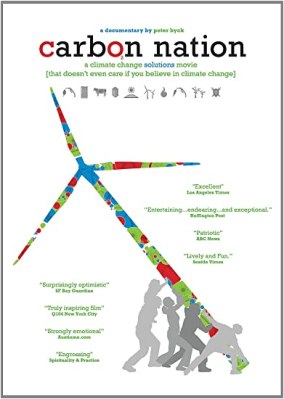 Carbon Nation is one of my favorites, highlighting a cornucopia of innovations and people from all walks of life employing them.

carbon nation is a documentary movie about climate change SOLUTIONS. Even if you doubt the severity of the impact of climate change or just don’t buy it at all, this is still a compelling and relevant film that illustrates how SOLUTIONS to climate change also address other social, economic and national security issues. You’ll meet a host of entertaining and endearing characters along the way.

On their website they have a lot of resources and a half-dozen or so videos of interesting folks, doing interesting things. I recommend A Thousand Beating Hearts part of the Carbon Cowboys series (click here for all their videos). 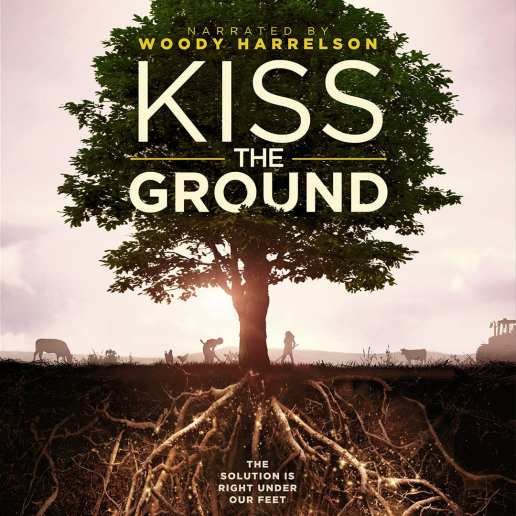 Next up is a new documentary Kiss The Ground which continues the ideas of soil regeneration and carbon sequestration. It’s on Netflix at the moment.

Kiss the Ground is a full-length documentary narrated by Woody Harrelson that sheds light on an alternative approach to farming called “regenerative agriculture” that has the potential to balance our climate, replenish our vast water supplies, and feed the world.

And again there many resources on their Kiss the Ground website here.

And the granddaddy of all documentaries, An Inconvenient Truth

An Inconvenient Truth makes the compelling case that global warming is real, man-made, and its effects will be cataclysmic if we don’t act now. Gore presents a wide array of facts and information in a thoughtful and compelling way: often humorous, frequently emotional, and always fascinating. In the end, An Inconvenient Truth accomplishes what all great films should: it leaves the viewer shaken, involved and inspired.

The first hour is a real downer (as in, we are seeing everything projected twenty years ago manifesting at a faster rate then scientists expected). But the last thirty minutes outlines accessible ways to address climate change and how quickly those changes can make a difference and reverse the effects of our current dilemma. It’s available on DVD, rent from Amazon and it plays occasionally on IFC and BBCAmerica.

There is also a sequel and it’s a bit darker because of course, we are at a tipping point. And it details how to take political and social actions.

That should get you started and provide you with a lot of hope for our ability to affect change. If we start today.

One thought on “Climate Solution Documentaries”